A cafe with the mission of offering food for the health conscious and in a convenient way is coming to the Old Town neighborhood in north Columbus.

Clean Eatz, founded in 2013 by competitive bodybuilders Don and Evonne Varady, is locating in the retail area of the Old Town mixed-use development, which is situated just off Veterans Parkway and is also accessed by Williams Road.

“Everybody wants to or has thought about eating well and our product is presented in a very realistic manner. It’s good, it’s healthy, it’s convenient and you can get it as on-the-go as you would like it to be,” said Sloan Burgess, who is partnering with girlfriend Ashley Bader on the franchise, which they hope will lead to more outlets.

The couple say they are in the process of obtaining city permits and will begin buildout of the cafe and food preparation space shortly, with plans to open sometime in January. Clean Eatz will be located at 3500 Massee Lane.

“January is kind of the target month, but February the fallback, but I don’t see it going that far,” Burgess said.

The Clean Eatz menu has an eclectic array of items. Snacks include “Good For You” Nachos and Pita and Hummus. There also are cranberry and chicken and salmon-based salads, along with a Taco Salad Clean Eatz Style.

The Clean Eatz concept goes beyond the cafe, however. There are prepared meals that customers can order by midnight each Sunday and pick up on Mondays, and a wholesale business in which franchises sell meal plans and energy bars to gyms, schools and companies.

“Evonne and I started Clean Eatz because we wanted to have a place where people could feel comfortable eating out while maintaining a healthy diet,” Don Varady says on the company’s website. “At Clean Eatz, we want to be the first step to someone starting their journey to health. Fad diets fail everyday. Clean Eatz is not a diet, it’s a lifestyle.”

Bader and Burgess, both Columbus natives, said Clean Eatz definitely is targeted for the masses and not just those working hard at gyms and competing in bodybuilding. But the very fit Bader, who does lift weights and competes, said her physique certainly draws questions from people.

“My passion, obviously, is working out and people are always coming up to me and asking what I’m eating, what I’m doing,” said Bader, explaining why Clean Eatz is a good option for Columbus-area residents with busy lives.

“We don’t have anything quick, convenient, healthy and affordable,” she said. “People think of quick and affordable as fast food. Well, it’s similar to fast food, but healthier food. You can still have your flatbread pizzas or your wraps or your sandwiches, but in portions. Everything will be weighed out, with the fat, calories and carbs listed for you.”

Bader recently left her beverage company job in Columbus, while Burgess is in the tax preparation business. The couple said they looked around the city for a location to put Clean Eatz, then finally were told about Old Town by a real-estate agent.

“Just the feel and vibe of that place, it was spot on with what we’re trying to represent,” Burgess. “It’s got a lot of outdoor living and people moving around with active lifestyles. After spending some more time there, we found it really is kind of a community of active people with the apartments and the residential housing they’re building there. So it went well with our concept.”

It’s also not that Clean Eatz and the other retail space and offices inside Old Town are open only to residents living there. Old Town is not a gated community, thus anyone is welcome to frequent the businesses in the neighborhood.

“I believe they’ve hit the nail on the head with what people are willing to try and wanting to do,” he said. 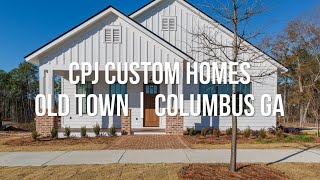